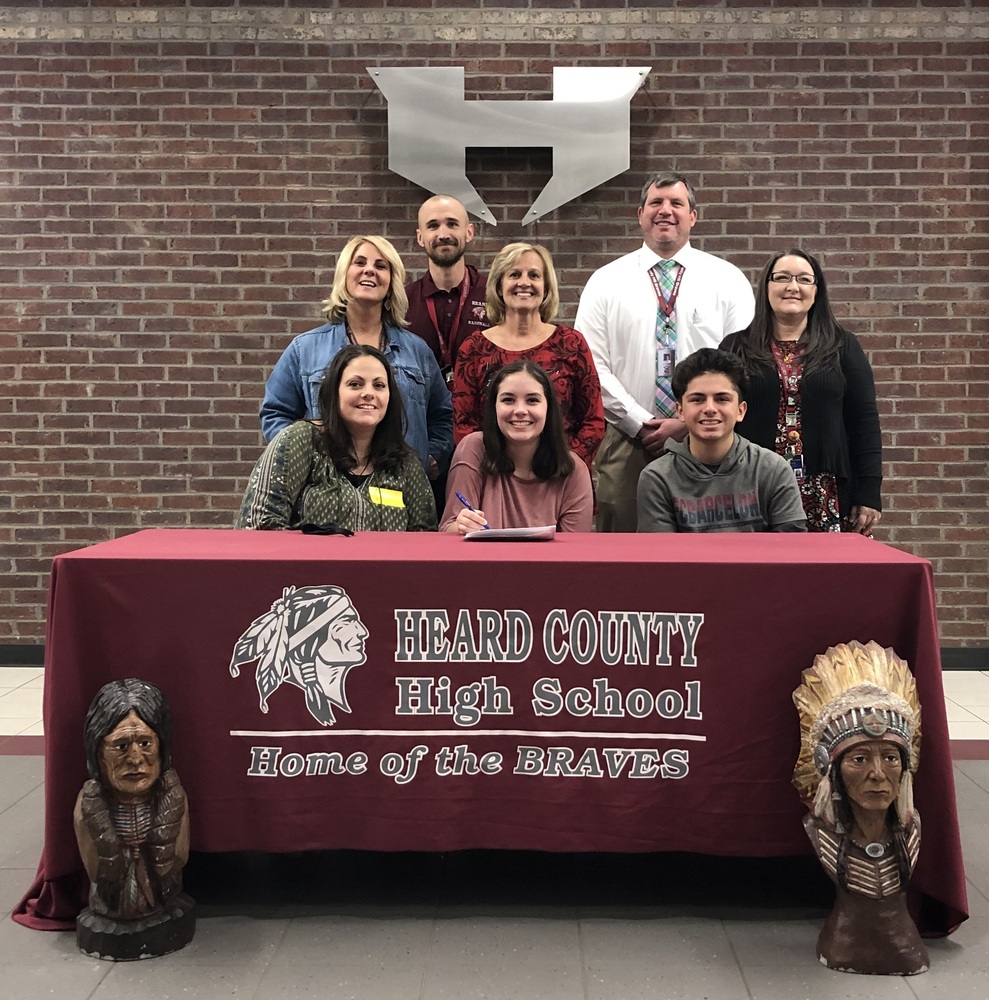 Heard County High School is proud to announce that senior Charity Abrahamson-Anglin is receiving a full tuition music scholarship to Southern Union State College in Alabama. The awarding of the scholarship stems from a March 8 audition for the Southern Union Sound, the college's prestigious show choir. A lifetime resident of Heard County, Abrahamson-Anglin hopes to major in Language Arts and ultimately wants to build a career as a language arts teacher. “I could not be prouder of Charity,” states J.J. Wahl, principal of Heard County High School. “Her talent has brought joy to many, and her hard work and dedication have paid off for her and our entire choral program.”

Abrahamson-Anglin, a member of Heard County High School’s (HCHS) show choir, performed “Words Fail” from the Tony Award winning play Dear Evan Hansen at the audition. The audition was judged by Dr. Trey Rayfield, the director of the Southern Union music program, and Steve Spratlin, the Associate Dean of Instruction at Southern Union. “I left the audition unsure of their decision,” claims Abrahamson-Anglin. “However, Mr. Spratlin thanked me for coming and said I had done well.” It would be more than two weeks before Abrahamson-Anglin received the good news, a letter in the mail offering her the scholarship.

Abrahamson-Anglin has been involved in show choir since seventh grade, and credits Heard County Middle School music teacher Jaime Barnard and HCHS chorus director Nancy Heard for helping her develop her voice. “Mrs. Barnard gave me the confidence I lacked, while unlocking my love for show choir,” praised Abrahamson-Anglin. “Mrs. Heard helped me grow as a performer by sharing the techniques required to improve and exposing me to new genres.”

An alto, Abrahmson-Anglin believes her range developed over time, with the help of Barnard and Heard. She also feels that the biggest obstacle to her early development was stage fright. “Ms. Barnard helped build my confidence and gave me a sense of pride,” added Abrahamson-Anglin.

Barnard is not surprised at all by Abrahmson-Anglin’s success. “I have watched Charity grow musically over the past few years,” shared Barnard. “Her love for performing is profound and I am so proud of her. Southern Union is lucky to have someone of her calibre that will shine on stage.” Heard concurs. “I'm extremely proud of Charity,” states Heard. “She has worked very hard at perfecting her gift for many years. Charity will absolutely love it at Southern Union, and they will absolutely love having her.”

Heard also believes that Abrahmson-Anglin has been instrumental in reviving the high school’s show choir. “In fact, Charity was part of the motivation in me wanting to bring back the choral program,” claims Heard. “She had been a part of Mrs. Barnard's successful middle school program and really wanted to continue performing in high school, so she got a group of students together and put together a show.”

Additionally in helping restart the HCHS show choir, Abrahmson-Anglin has led in the development of the choreography for show choir performances. According to Heard, Abrahmson-Anglin, has been very encouraging for our younger students who respect her and look up to her. “Charity’s energy and talent will leave an impact on our choir long after she is gone,” believes Heard. “I'm so grateful that she had a program to be a part of and that the program was able to have her be a part of it.”